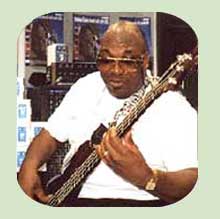 Bassist Paul Jackson began his musical career in Oakland. California, where he began playing bass when he was nine years old. Considered by many of his teachers to be a musical prodigy, he performed with the Oakland Symphony by the age of fourteen where he expanded his musical interests to include performance levels on bassoon and piano.