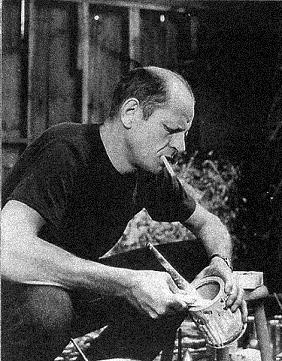 Pollock, (Paul) Jackson (1912-1956), American painter, who was a leader of the abstract expressionist movement. He was born in Cody, Wyoming, and studied at the Art Students League in New York City with Thomas Hart Benton. Pollock spent several years traveling around the country and sketching. In the late 1930s and early 1940s he worked in New York City on the Work Projects Administration (WPA) Federal Art Project. His early paintings, in the naturalistic style of Benton, depict the American scene realistically. Between 1943 and 1947 Pollock, influenced by surrealism, adopted a freer and more abstract style, as in The She-Wolf (1943, Museum of Modern Art, New York City).