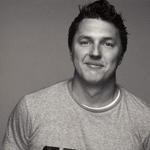 As a DJ, Paul Jackson has a career that spans past the last decade, has taken him to over 50 countries of the world and has seen him hold residencies at Amnesia in Ibiza, and The Ministry Of Sound in London to name but two high profile venues where he has showcased his skills. As a producer he's produced several critically acclaimed singles for Darren Emerson's Underwater label, the most notable being the 'The Push'. Dave Seaman has supported Paul's work over the last few years, and now brings him into the Audiotherapy fold with this excellent AA release.

See the myspace website link for DJ PJ below: