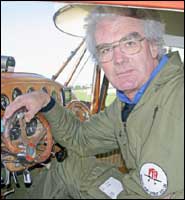 The chance gift of an aircraft book at the age of six was the Genesis of a passion for all matters aeronautical that has absorbed Paul Jackson for almost half a century. Editor of an aviation society newsletter in his native Yorkshire shortly after leaving school, he contributed to amateur and professional aviation journals, on both historical and current matters, for a further decade before becoming a freelance aerospace writer and editor. In 1987, he was invited to join the compiling team of Jane's All the World's Aircraft, being appointed its editor in 1994. His hobbies are flying and maintaining a veteran lightplane and aviation photography.