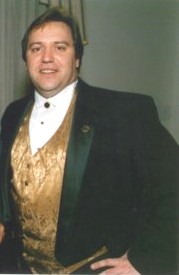 Traditionally watercolor has been considered hard to control and too contrary for serious painting. Few artists have elevated this medium beyond a basic sketch. Missouri artist Paul Jackson is one who pushes those boundaries.

Born in Lawrence, Kansas, and raised in Starkville, Mississippi, Jackson began painting in college at Mississippi State University. In 1992 he received a Master's in Fine Art from the University of Missouri. Since then his artwork has received top honors in national and international competition, graced the covers of dozens of magazines and books and inspired thousands of people.

Paul was honored by the American Watercolor Society with signature membership at the age of 30. The same year he was also the Grand Prize winner in the 'Paint Your Way to Paris' competition. At 32, Jackson was featured as one of the Master Painters of the World in International Artists Magazine.

Most of Paul's work hangs in private collections, but some shining examples are on display in galleries, museums and public buildings. His portraits of Governor and First Lady Roger and Pat Wilson can be seen in the Missouri State Capitol and Governor's Mansion.

Although Paul Jackson has an unequalled passion for watercolor, his creative genius has not been limited to paper. Jackson's painting, 'Not Exactly Front Row Center' was recreated as the stage design for the Broadway musical 'Porterphiles'. In 2001, Jackson unveiled a 30' diameter tiger mosaic on the University of Missouri campus. Paul led hundreds of volunteers in assembling more than 420,000 Italian glass tiles. Paul has also twice designed Easter eggs for the White House and he designed the Missouri Commemorative State Quarter for the United States Mint.

Jackson's best-selling book, Painting Spectacular Light Effects in Watercolor, has been reproduced in several languages and is available worldwide.