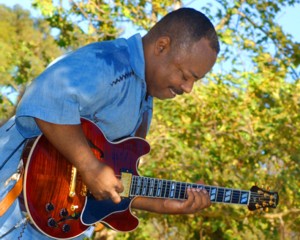 Guitarist Paul Jackson Jr. keeps an intense, breakneck schedule. In addition to the demands of being a Grammy nominated solo artist, Jackson is a highly in-demand sideman and session player. In the two years since he released The Power of the String, his last Blue Note recording, the popular guitarist performed in the television special Diva Las Vegas (behind Cher, Shakira, Mary J. Blige and Whitney Houston, with whom he toured throughout the Nineties), participated in the Billboard Awards tribute to Jam Master Jay, composed music for the film Undercover Brother with Stanley Clarke, and contributed to the TV hit Cedric the Entertainer. In the midst of all that activity, the deeply spiritual Jackson continues to seek quiet time in which to listen to the 'still small voice' of God. Those moments played a key role in the creation of his sixth solo album, so it was only 'super' natural that he titled the extraordinary project, Still Small Voice.