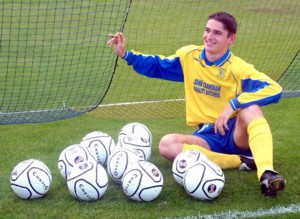 On Saturday 31st August 2002 Stocksbridge Park Steel FC played Oldham Town in the FA cup first preliminary round. The final score was 17- 1 to Stocksbridge, which is the biggest the margin of victory was the 10th biggest in the Cup's 55,000-plus games, the best since Ferryhill Athletic beat Skinningrove Works 18-0 in 1954. The record been set in 1886 when Preston NE beat Hyde Utd 26 - 0. Paul became only the second player in the 131-year history of the competition to reach double figures in one game.